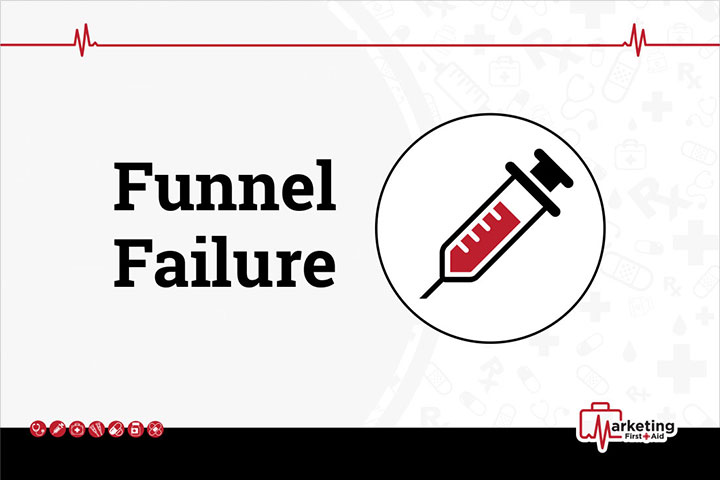 Definition:
Funnel Failure is a critical collapse in the customer acquisition process that results in severely impaired sales performance.

Causes:
The condition of Funnel Failure is generally caused when a small business models its customer acquisition process on the outdated Marketing Funnel (also known as the Purchase Funnel or Sales Funnel). This leads to impaired development of the purchase relationship, causing a severe imbalance in the prospect-to-customer conversion ratio.

Do you really know how customers buy?

There is no disputing that the birth of the digital age has brought about many changes to the way customers buy. Dropping a big prospect list through a wide-mouth funnel and hoping that it sifts out a few good customers just doesn’t cut it anymore.

So why are we as smaller business owners so slow to embrace and adopt change? Fear, lack of knowledge, practicing Cloned Marketing; the list goes on. The problem with these roadblocks to change is that they cost us dearly in lost sales revenue and mutually satisfying customer relationships.

Yes, there was a time when the marketing funnel was indeed relevant. However, our online, social culture has changed all that. Your potential customers are more knowledgeable than ever. They search the web to build up a database of product and brand knowledge to contrast and compare offers.

Ad Week™ reports that at least 81 percent of shoppers conduct online research before they buy something, and, on average, a consumer will visit at least three stores before making a purchase.

It’s indisputable that your potential customers take a journey of discovery before making a purchase. It looks something like this …

They research, listen and act on what past customers have to say about you on review sites like Yelp®. These potential customers also want to know if you’re a trustworthy company. And, by the way, what do your employees actually think of you? They’re also turning to social sharing sites like Glassdoor and perusing your BBB profile before making a purchase.

Did I forget to mention that they also want to know what you stand for before they’ll buy from you? Are you socially responsible? Social media sites are where they turn to listen in to who you really are and what matters to you. How you make the world a better place may just be the factor that turns a purchase decision in your favor.

Instead of thinking of the sales process as a funnel, think of it as a sphere. I call it the Sales Synergy Sphere™. This more relevant approach resembles Saturn’s rings and has a series of nine marketing steps that lead to a sale. The nine rings of the Sales Synergy Sphere™ are Aim, Attract, Serve, Solve, Satisfy, Reward, Review, Refer and Recirculate.

This has been the argument for quite some time – and not just in marketing circles. According to NASA, around 350 BC, Aristotle claimed that the Earth was a sphere. This declaration was based on his observations about which constellations were visible in the night sky as you travelled further away from the equator. His critics ridiculed him.

What about you? Do you see the evidence that supports the Sales Synergy Sphere™ versus the flat and linear marketing funnel?

If you have fallen victim to Funnel Failure, it is not too late to reverse these troubling symptoms. Today’s customers are more informed than ever and their buying decisions reflect that. So, give your customers more of what they want. If you want them to buy from you, you have to understand how they buy. Forget the failed marketing funnel. Embrace the sphere!

Don’t flatline your sales with a faulty, outdated customer acquisition process. If you suspect you may be suffering from Funnel Failure and it’s beginning to hinder your growth, get in touch to schedule a Marketing Health Check. 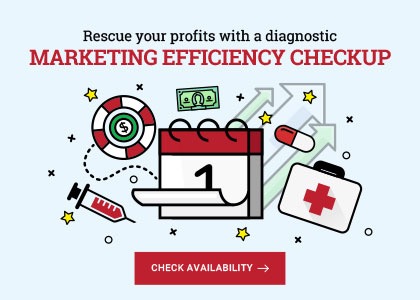